© European Research Council This year, three of the renowned ERC Starting Grants were awarded to the Helmholtz Centre for Infection Research (HZI). These grants from the European Research Council (ERC) are specifically designed to help young scientists and researchers make the leap to independent top-level research. Across all disciplines, the ERC will award a total of 436 Starting Grants in 2020 with a total funding amount of 677 million Euros. Approximately 13 percent of the applications across Europe were successful.

“I am extremely happy about the great success in acquiring the ERC Starting Grants and would like to congratulate the winners,” says Prof Dirk Heinz, Scientific Director of the HZI. “The result speaks for the high quality and societal relevance of the research projects selected by the international reviewers, which can now be realised in the best possible way with these grants”.

Role of altered reading patterns of genetic material in infections 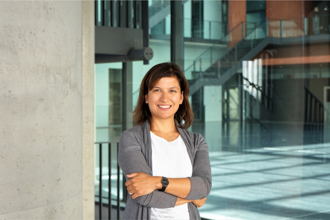 Gregor Fuhrmann heads the junior research group "Biogenic Nanotherapeutics" at the HIPS © HIPS Gregor Fuhrmann heads the junior research group "Biogenic Nanotherapeutics" at the HIPS in Saarbrücken, a site of the HZI on the campus of Saarland University, where Fuhrmann holds a junior professorship. Fuhrmann investigates so-called extracellular vesicles - small membrane vesicles that cells or bacteria pinch off their surface and through which they communicate with each other. The pharmacist and drug researcher explores the question of whether bacterial vesicles could be used to fight infections, for example by using them as a "drug taxi". The focus of the "Gels4Bac" project, which is now being funded, is the control of infections using bacterial vesicles - in particular a special characteristic of these vesicles, which has been demonstrated by Fuhrmann and his team: They take over the transport of antibiotically-active natural substances that bacteria produce in the fight against competitors. For example, myxobacteria living in soil produce a large number of natural substances that have an antibiotic effect and are therefore interesting as starting compounds for new antibiotics. "Our idea is to stimulate myxobacteria to produce active substances against specific pathogenic germs - and then extract these from the bacteria vesicles. This could be an important step towards personalised therapies," says Gregor Fuhrmann. 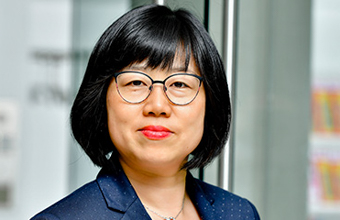 Yang Li heads the CiiM department "Computational Biology of Individualised Medicine" © Tom FigielYang Li is Director of the Centre for Individualised Infection Medicine (CiiM), a site of the HZI, and Professor at the Hannover Medical School (MHH). She heads the CiiM department "Computational Biology of Individualised Medicine" and studies why the efficacy of vaccines varies substantially between individuals. Vaccinations are currently the primary strategy to prevent infections like influenza. With the ERC-funded project "ModVaccine", Yang and her team now want to find out to which extent the efficacy of a vaccine depends on genetic, non-genetic host and environmental factors. In addition, the response to vaccinations will be systematically investigated. "With the results of our research, reliable models can be created to predict the efficacy of vaccines and develop adapted new personalised vaccination strategies against infections," says Yang Li.

ERC Starting Grants are funding instruments of the European Research Council to support young scientists and researchers in their efforts to become independent and self-employed top researchers. At the time of application, a maximum of seven years may have passed since the candidate has obtained their doctoral degree. The only explicit evaluation criterion is the scientific excellence of the researchers and the proposed project. The successful projects are funded for up to five years with a total amount of up to 1.5 million Euros. Further information is available here.

The European Research Council, established by the European Union in 2007, is the first European funding organization for excellent cutting-edge research. Each year it selects and funds the best and most creative researchers of any nationality and age to carry out projects based in Europe. The ERC offers four core-funding programs: Starting, Consolidator, Advanced and Synergy Grants. With its additional Proof of Concept Grant Program, the ERC helps grant holders to bridge the gap between their frontier research and the early stages of commercialization. Further information is available here.